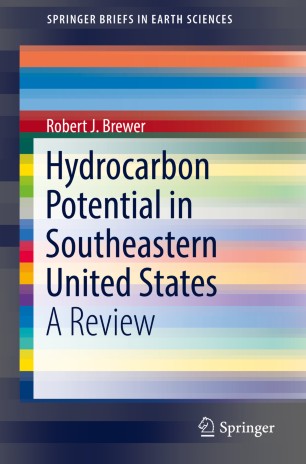 With respect to the vital work of maintaining and increasing much needed petroleum reserves within the continental United States, the Southeast is intriguing because it has been under-explored for many years at the expense of far more promising areas such as the Gulf Coast. While critics may contend that the overall geology of the Southeastern United States is unfavorable for commercial accumulations of hydrocarbons, it remains to be answered the occurrence and sourcing of the oil seeps in Georgia and the oil and gas shows reported in wells drilled in North Carolina, to name a few.  This volume introduces new evidence and compiles and re-examines data which argues for increased oil and gas exploration in the region.

Robert James Brewer is the Managing Director and Owner of R.J. Brewer and Associates LLC, an oil and gas exploration services business development, technical writing and electronic commerce corporation. He has been actively involved in the oil and gas exploration business since 1979 including numerous successful seismic data acquisition and processing projects throughout the lower 48 states, Canada and Mexico with the Standard Oil Company of Ohio (Sohio), the Geophysical Service Inc. (GSI) division of Texas Instruments, Inc., and Texaco Inc., among others. He and his teams mapped large portions of the Permian Basin of Texas and New Mexico recommending the drilling of several deep wildcat and development well locations.

“I recommend this book to anyone interested in the history and present state of the oil prospects for the eastern seaboard.” (Patrick Taylor, The Leading Edge, Vol. 38 (11), November, 2019)
Buy options