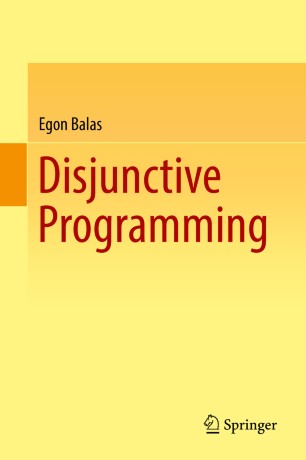 Disjunctive Programming is a technique and a discipline initiated by the author in the early 1970's, which has become a central tool for solving nonconvex optimization problems like pure or mixed integer programs, through convexification (cutting plane) procedures combined with enumeration. It has played a major role in the revolution in the state of the art of Integer Programming that took place roughly during the period 1990-2010.

The main benefit that the reader may acquire from reading this book is a deeper understanding of the theoretical underpinnings and of the applications potential of disjunctive programming, which range from more efficient problem formulation to enhanced modeling capability and improved solution methods for integer and combinatorial optimization.