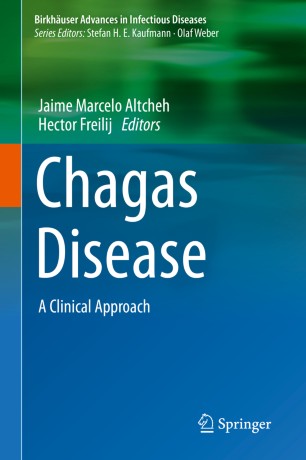 Chagas disease is a potentially life threatening condition that was historically mainly endemic to Latin America. Over the last decade, however, the disease has spread to and is increasingly prevalent in other continents such as North America and Europe, with an estimated 7 million people infected worldwide. It is primarily transmitted by insect vectors that carry the parasite Trypanosoma cruzi, the disease agent. In areas where there is vector control and in non-endemic countries, it is mainly transmitted via congenital infection. Cardiac and gastrointestinal complications are common in untreated individuals.This book offers a comprehensive overview of Chagas disease, including its vectorial and congenital transmission, and molecular diagnosis, which is essential for screening, and developing and providing timely, effective anti-trypanosomal treatment. Written by experts working with infected patients on a daily basis, it discusses the pathogenesis of congenital, cardiac, gastrointestinal and oral Chagas disease, as well as its treatment and the pharmacological aspects of drug development in this area.

Dr. Jaime Marcelo Altcheh is head of the Parasitology Service and independent researcher at Ricardo Gutierrez Children’s hospital in Buenos Aires, Argentina.
Hector Freilij is a medical consultant at the same institution. Both are experts for tropical and especially trypanosomal diseases and have extensive worldwide collaborations and publications in international journals.