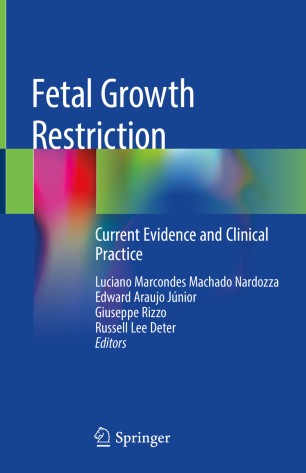 This book clearly presents and discusses the state of the art on fetal growth restriction (FGR). It focuses on the etiology, classification, prediction, diagnosis and management of the condition, as well as on its neurological complications and maternal cardiovascular involvement.
With a multifactorial etiology (related to maternal, fetal or uteroplacental vascular causes) and diagnosis based on clinical and imaging findings (mainly ultrasonography and Doppler), FGR is of major importance in prenatal care. It affects 5-10% of pregnancies and is the second most common cause of perinatal mortality. Additionally, FGR is an important predisposing factor for obstetrical complications and long-term sequelae of the newborn, including impaired neurological and cognitive development as well as cardiovascular and endocrine diseases in adulthood.
An in-depth understating of the diagnosis and management of FGR is essential for all those professionals involved on prenatal care, since it can prevent unwanted outcomes in both the mother and the newborn. However, to date no book has gathered the available information on this clinical condition. Fetal Growth Restriction – Current Evidence and Clinical Practice offers a comprehensive guide for obstetricians, radiologists and general practitioners, as well as to interns, residents, professors and researchers in the field.