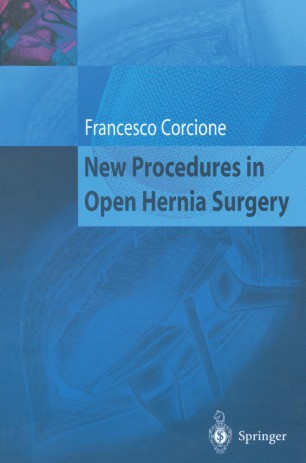 The inguinal hernia represents the most significant aspect of the technical and technological evolution of the second half of the 20th century, still in vogue at the beginning of this new millennium. We passed in fact, from a whole series of tra­ ditional procedures, with small variations, to the most modern ones with prosthesis, to arrive then to the laparoscopy. A surgical disease, which counts more than 200 different kinds of operations, as in the case of the inguinal hernia, does not exist. This is due to the whole sur­ gical category's interest towards this disease, as well as to the fact that many sur­ geons try to create some new techniques, and to propose "new" prosthetic mate­ rials to the Companies in order to personalize and facilitate the procedure. Recently, in this context, within the open surgery field, several variations and a great number of other prosthetic procedures have been added to the original "Tension-free hernioplasty", described by Irving Lichtenstein at the beginning of the '70s, but widespread only at the end of the '80s. Some of these prosthetic techniques had a remarkable diffusion all over the world, while others were adopted only in certain countries. In the last few years some posterior repairs arose and this is the reason why, thanks to a wonderful day-congress in Naples, with every most modern open inguinal hernia repairs, realized with live-surgery, we had the idea to summarize and to illustrate them in this book.