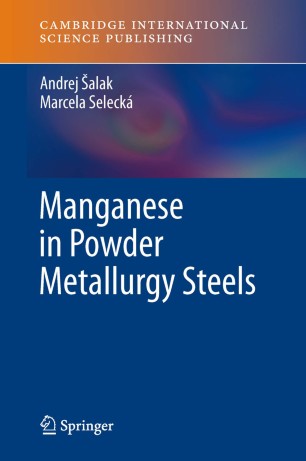 This work in three parts presents a summary of the sintered manganese steel properties from 1948 to 2011 involving processing conditions and other characteristics. In the first and third part are given results attained by the authors based on their finding that manganese (cheapest element) during sintering evaporates and by this the vapour cleans the sintering atmospheres from humidity. The second part  presents other positive properties of manganese steels in spite of the doubt of oxidation of manganese during sintering and by this  excluding the sintering manganese steels what hinderd the use of manganese in production of sintered parts. All results confirm  that only manganese vapour according to finding of the authors ensures effective sintering of manganese steels and parts independently on the authors mind. It follows finally from the work that   manganese is possible to use for alloying of powder steels sintered also in practice  in H/N atmospheres with low purity and also in pure nitrogen - cheaper than hydrogen without some of the associated problems. Current trends in the field are also presented to the reader.