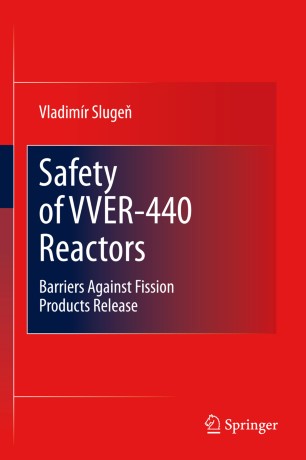 Safety of VVER-440 Reactors endeavours to promote an increase in the safety of VVER-440 nuclear reactors via the improvement of fission products limitation systems and the implementation of special non-destructive spectroscopic methods for materials testing. All theoretical and experimental studies performed the by author over the last 25 years have been undertaken with the aim of improving VVER-440 defence in depth, which is one of the most important principles for ensuring safety in nuclear power plants.

Safety of VVER-440 Reactors is focused on the barrier system through which the safety principle is organised:
• nuclear fuel matrix;
• fuel cladding;
• integrity of primary circuit; and
• confinement system.
All these barriers are described in detail and are compared to European standards.

Industrial engineers will find Safety of VVER-440 Reactors a useful guide to the safe operation of nuclear power plants and it is an informative source of information for researchers in both industry and academia. Employees of related governmental and regulatory organisations may also benefit from reading this book.

Vladimír Slugeň graduated from the Faculty of Electrical Engineering, Slovak Technical University Bratislava, in nuclear power engineering in 1985. After 1985 he worked at the Department of Nuclear Physics and Technology, FEI STU, as senior lecturer and researcher. He gained his PhD from FEI STU in the area of built nuclear equipment (1993) and became associated professor (1998), then full-time professor in nuclear power engineering (2005). He has held long-term fellowships at Siemens AG, Germany (1992-1993), NATO, Belgium (1996) and University of Bundeswehr, Germany (2000). Professor Slugeň is a full-time professor in nuclear power engineering at Slovak University of Technology with several years of practical experiences from nuclear power plants operation in the Slovak Republic and abroad. His main field of research and teaching activities is the operation and safety of nuclear power plants, and the application of spectroscopic methods by investigation of nuclear materials microstructure. He has written about 100 original papers for scientific journals and international conferences, including over 50 original scientific papers published in CC journals about nuclear safety related issues. He lectures on Operation of NPP, Safety and Reliability of NPP and Nuclear Installations. Since 2009 he has been President of the European Nuclear Society.