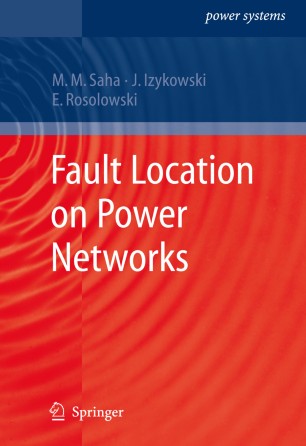 Electric power systems will always be exposed to the failure of their components. When a fault occurs on a line, it is crucial for the fault location to be identified as accurately as possible, allowing the damage caused by the fault to be repaired quickly before the line is put back into service. Fault Location on Power Lines enables readers to pinpoint the location of a fault on power lines following a disturbance. If a fault location cannot be identified quickly and this causes prolonged line outage during a period of peak load, severe economic losses may occur and reliability of service may be questioned. The growth in size and complexity of power systems has increased the impact of failure to locate a fault and therefore heightened the importance of fault location research studies, attracting widespread attention among researchers in recent years.

Fault location cannot be truly understood, applied, set, tested and analysed without a deep and detailed knowledge of the interiors of fault locators. Consequently, the nine chapters are organised according to the design of different locators. The authors do not simply refer the reader to manufacturers’ documentation, but instead have compiled detailed information to allow for in-depth comparison.

Professional engineers, researchers, and postgraduate and undergraduate students will find Fault Location on Power Lines a valuable resource, which enables them to reproduce complete algorithms of digital fault locators in their basic forms.

Murari Mohan Saha received a B.Sc.E.E. from Bangladesh University of Technology (BUET), Dhaka, in 1968 and completed his M.Sc.E.E. in 1970. From 1969-1971, he was a lecturer at the E.E. department at BUET. In 1972 he completed his M.S.E.E and in 1975 he was awarded his PhD from The Technical University of Warsaw, Poland. He joined ASEA, Sweden, in 1975 as a development engineer and is currently a senior research and development engineer at ABB AB , Västerås, Sweden. His areas of interest are the measurement of transformers; power system analysis and simulation; and digital protective relays.

Jan Izykowski received his MSc, PhD and D.Sc. (habilitation) degrees from the Wroclaw University of Technology (WUT) in 1973, 1976 and 2001, respectively. In 1973 he joined the Institute of Electrical Engineering of the WUT where he is presently an associate professor. Currently he is a director of the Institute of Electric Power Engineering of WUT. He is a senior member of IEEE (USA). His research interests are in power system transients simulation and analysis; power system protection and control; fault location; and transient phenomena of instrument transformers.

Eugeniusz Rosolowski received his MSc degree in Electrical Engineering from the WUT in 1972. From 1974 to 1977, he studied in Kyiv Politechnical Institute (Ukraine) from where he received his PhD in 1978. In 1993 he received his D.Sc. (habilitation) from the WUT, where he is presently a professor. He is a senior member of IEEE (USA). His research interests are in power system analysis; EMTP application; digital protection; and intelligence system application to power system protection.

Professional engineers, researchers, and postgraduate and undergraduate students will find Fault Location on Power Lines a valuable resource, which enables them to reproduce complete algorithms of digital fault locators in their basic forms.