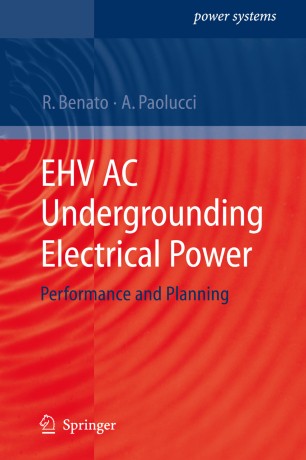 The selection and performance of insulated cables in electrical grids is a vital part of electric power transmission, but is often neglected in favour of a focus on technological construction. EHV AC Undergrounding Electrical Power discusses new methods of analysis for cable performance and for the network behaviour of cable, mixed and overhead lines. It uses capability charts throughout, to offer the reader a clear visual representation of transmission line performances.

The authors discuss the technically computed undergrounding of electrical power and develop original procedures based on the classical equations of transmission lines. They also provide technical and economical comparisons of a variety of cables and analysis methods, in order to examine the performance of AC power transmission systems. A range of important topics are covered, including:

EHV AC Undergrounding Electrical Power is an original guide on cable insertion planning and the operation of power networks. It will enable readers to make detailed performance comparisons between power transmission systems, which will be valuable for postgraduates, as well as engineers involved in power cable manufacturing or electrical transmission systems.

Roberto Benato was born in Venezia, Italy, in 1970. He received his Dr.-Ing. degree in Electrical Engineering from the University of Padova in 1995 and his PhD in Power Systems Analysis in 1999. In 2002 he was appointed Assistant Professor in the Power System Group in the Department of Electrical Engineering at the University of Padova. His main fields of research are multiconductor analysis, EHV-HV transmission lines and advanced matricial techniques for static and dynamic power system analysis. He is a member of CIGRÉ WG B1.08 "Cable systems in multipurpose or shared structures", secretary of CIGRÉ JWG B3-B1.09 "Application of Long High Capacity Gas Insulated Lines in Structures" and a member of the IEEE PES Substations Committee. He is also a member of IEEE and the Italian AEIT.