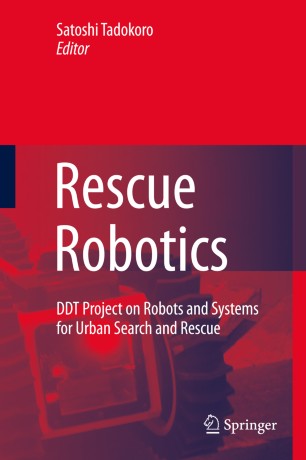 DDT Project on Robots and Systems for Urban Search and Rescue

Rescue Robotics presents the most significant products of the DDT Project on robots and systems for urban search and rescue. This project was launched by the Japanese government in 2002 with the aim of applying a wide variety of robotics technologies to find a solution to the problem of disaster response, especially urban search and rescue in large-scale earthquakes.

From 2002 to 2007 more than 100 researchers took part in the DDT Project, coming from a wide spectrum of research and development to make up four research groups: Aerial Robot Systems MU (Mission Unit), Information Infrastructure System MU, In-Rubble Robot System MU, and On-Rubble Robot System MU. This book discusses their development and testing of various robotic systems and technologies such as serpentine robots, tracked vehicles, intelligent human interface and data processing, as well as analysing and verifying the results of these experiments.

Rescue Robotics will be of interest to researchers and students, but will also prove useful for emergency response personnel. It offers an insight into the state of the art of rescue robotics and its readers will benefit from a knowledge of the advanced technologies involved in this field.