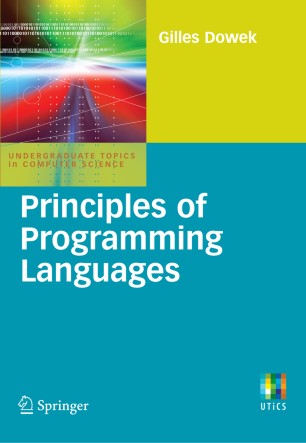 It is important to realise that knowledge of a single programming language is not really enough. To be a good programmer, you should be familiar with several languages and be able to learn new ones. In order to do this, you’ll need to understand universal concepts, such as functions or cells, which exist in one form or another in all programming languages. The most effective way to understand these universal concepts is to compare two or more languages. In this book, the author has chosen Caml and C.

To understand the principles of programming languages, it is also important to learn how to precisely define the meaning of a program, and tools for doing so are discussed. Finally, there is coverage of basic algorithms for lists and trees.

Written for students this book presents what all scientists and engineers should know about programming languages.