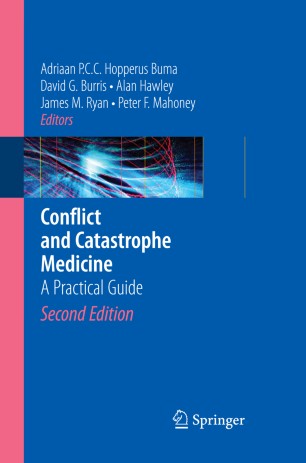 The second revised, expanded and updated edition of Conflict and Catastrophe Medicine: A Practical Guide provides a framework for use by health professionals visiting a resource-constrained environment. Since the first edition was written in 2002, there have been seismic changes following on from the terrorist assault on the Twin Towers and the Pentagon. The Middle East, the Far East and parts of Africa are convulsed by conflict, much of them verging on civil war. Further, natural disasters of staggering scale have occurred since the first edition â€“Tsunamis in South East Asia, Earthquakes in Iran, Turkey, and Pakistan and a monster Hurricane in the Gulf of Mexico. The working environment for the prospective humanitarian volunteer has changed forever.

Encompassing problems brought about by local conflict or natural disasters, this book covers preparation, organisation, logistics, treatment of major trauma and medical emergencies, and the special problems of delivering medicine in a hostile environment.