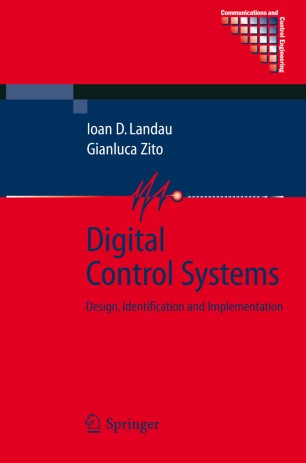 The extraordinary development of microprocessors and their extensive use in control systems in all fields of application has brought about important changes in the design of control systems. Their performance and low cost make them much more capable, in many circumstances, than analog controllers.

In order to take full advantage of this potential, Digital Control Systems demonstrates in detail how to design and implement high-performance model-based controllers combining system identification and control design techniques extensively tested in industrial milieux. The effective use of these techniques is illustrated in the context of various systems including: d.c. motors, flexible transmissions, air heaters, distillation columns and hot-dip galvanizing. Topics covered include:

A number of recent methodological developments in control design and system identification, driven by applications, are presented, including:

The text of Digital Control Systems is enhanced, for practical and tutorial purposes, by the use of software which illustrates the various concepts and algorithms and gives a feeling for the phenomena, discussed. The MATLAB®/Scilab routines used for this purpose can be downloaded from the textbook’s website where additional material for teaching is available (slide presentations of the chapter material, data files for additional laboratory sessions and example files).

Graduate students in courses on digital control will find this text to be most helpful in learning the essential techniques of computer-based control while the wealth of additional material will make the tutor’s tasks of teaching and preparation quicker and easier. The book also provides practising engineers wishing to enhance their skills in this area with efficient and co-ordinated methods for the design and implementation of computer-based controllers.

His research interests encompass theory and applications in system identification, adaptive control, robust digital control and nonlinear systems. He has authored and co-authored over 200 papers on these subjects. He is the author of the books: Adaptive Control: The Model Reference Appoach (Dekker 1979) and translated into Chinese, System Identification and Control Design (Hermès 1993, Prentice Hall 1990). and co-author of the books (with M. Tomizuka) Adaptive Control: Theory and Practice (in Japanese - Ohm 1981) and (with R. Lozano and M. M'Saad) Adaptive Control (Springer Verlag 1997). He edited and co-edited several books in French on the above topics including a series on "Mathematical Tools for Control, System Analysis and Signal Processing and Models" and one on "Adaptive Control". He holds several patents and was at the origin of several software packages in control developed by ADAPTECH. He has advised 29 PhD students. He delivered a number of Plenary Talks at International Conferences including American Control Conference in Seattle in 1995. He was the key note speaker at the European Control Conference in Bruxelles in 1997.

Dr. Landau received the Rufus Oldenburger Medal 2000 from the American Society of Mechanical Engineering in recognition of significant contributions to the field of automatic control for his pioneering contributions in adaptive control and system identification. He was a R. Springer Professor at University of .California. (Berkeley) Department of Mechanical Engineering in 1992. He received the pris Monpetit from the French Academy of Science in 1991, the "Best Review Paper Award (1981-84)" for his paper on adaptive control published in ASME Journal of Dynamical Systems Measurement and Control, the C.N.R.S. Silver Medal in 1982 and the Great Gold Medal at the Invention Exibition Vienna in 1968 for his patent on the variable frequency control of asynchronous motors.

He received the degree of Docteur-des-Sciences Physiques from the University of Grenoble. Before joining the C.N.R.S. in 1976 as research director, he was an Associate Professor at the Institut National Polytechnique de Grenoble from 1973 to 1976, a Senior Post-doctoral Research Associate at NASA - Ames Research Center in 1971-72 and a research engineer at ALSTHOM in 1969-71 and 72-73.

At C.N.R.S. he launched several coordinated programs in the field of Control which contributed to the emergence and development of the French control community. He was the Director of the co-ordinated research programs: "Mathematical Tools and Models for Control, System Analysis and Signal Processing" from 1979 to 1982, "Adaptive Systems in Control and Signal Processing" from 1984 to 1988 and "Automatique" from 1988 to 1996. He was also Director of the Laboratoire d'Automatique de Grenoble from 1987 to 1990.