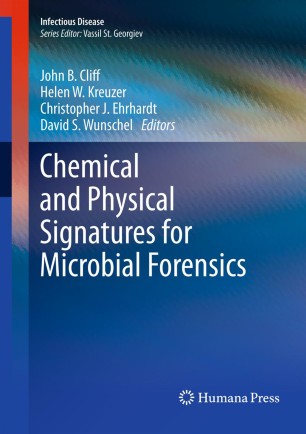 Combining the disciplines of biological, physical and chemical science, microbial forensics has a rapidly rising profile in a world increasingly troubled by the threat of ‘biocrime’ and ‘bioterrorism’. This valuable resource is a major addition to a body of literature reckoned to lack sufficient breadth. It presents a variety of phenotypic and trace signature methodologies associated with cultured microorganisms that, despite being genetically identical, may be characterized by differing cultural environments.

One of the central challenges faced by those working in this field is the sheer diversity of potentially harmful agents, which in themselves total more than 1000 viruses, bacteria, fungi and protozoan parasites. Their numerous additional variants render the process of ‘fingerprinting’ biological agents notoriously difficult, especially when the limitations of genetic analysis are factored in. Attribution of crime is relatively easy through human DNA, but lacking the genetic individuation of humans and animals, microbial forensics has to complement phylogenetic techniques with chemical and physical ones.

In the best case, genetic analysis in the ‘biocrime’ sector can exclude sources, narrow the population of possible sources and support associations with potential sources. To complement these genetic techniques, chemical and physical methods can be used to compare ‘signatures’ imparted to microbial samples by environments in which they are grown and processed. Collating a range of microbiological fingerprinting techniques in one volume, and covering everything from statistical analysis to laboratory protocols, this publication furthers the aim of forensic investigators who need robust and legally admissible forensic evidence to present in a courtroom.