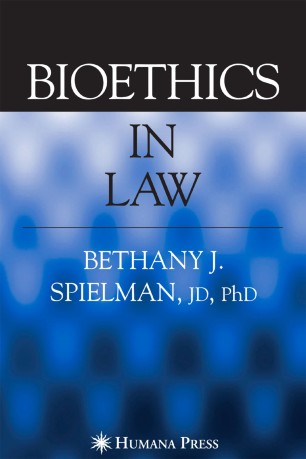 The idea for Bioethics in Law began more than a decade ago, while I was studying social science and law. I was parti- larly interested in the collaborations that comprised social s- ence in law. Economic and social data in the pioneering Brandeis brief had been used to defend an early 20th-century labor law; surveys of consumer confusion had helped resolve trademark - fringement cases; psychologists’ predictions of future violence had informed capital sentencing decisions. Additionally, Kenneth Clark’s “doll studies,” cited by the Supreme Court in Brown v. Board of Education, had helped change the course of American 1 history. During that time, however, I was most intensely interested in bioethics, a relatively young field whose relationships to law had not been well analyzed. I wondered whether there could or should be a bioethics in law, because bioethics, unlike the social sciences, was not only in its infancy, but also had distinctly normative features, which might not mesh easily with law’s own normativity.