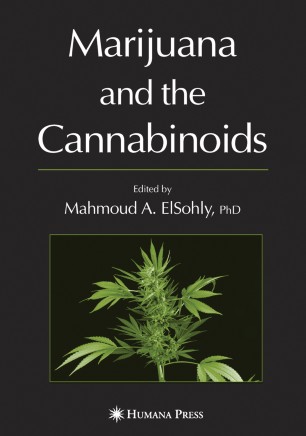 Marijuana and the Cannabinoids

Part of the Forensic Science And Medicine book series (FSM)

Although primarily used today as one of the most prevalent illicit leisure drugs, the use of Cannabis sativa L., commonly referred to as marijuana, for medicinal purposes has been reported for more than 5000 years. Marijuana use has been shown to create numerous health problems, and, consequently, the expanding use beyond medical purposes into recreational use (abuse) resulted in control of the drug through international treaties. Much research has been carried out over the past few decades following the identification of the chemical structure of THC in 1964. The purpose of Marijuana and the Cannabinoids is to present in a single volume the comprehensive knowledge and experience of renowned researchers and scientists. Each chapter is written independently by an expert in his/her field of endeavor, ranging from the botany, the constituents, the chemistry and pharmacokinetics, the effects and consequences of illicit use on the human body, to the therapeutic potential of the cannabinoids.