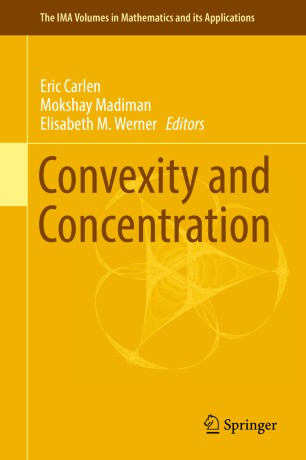 Part of the The IMA Volumes in Mathematics and its Applications book series (IMA, volume 161)

This volume presents some of the research topics discussed at the 2014-2015 Annual Thematic Program Discrete Structures: Analysis and Applications at the Institute of Mathematics and its Applications during the Spring 2015 where geometric analysis, convex geometry and concentration phenomena were the focus.

This book will be of use to those who research convex geometry, geometric analysis and probability directly or apply such methods in other fields.