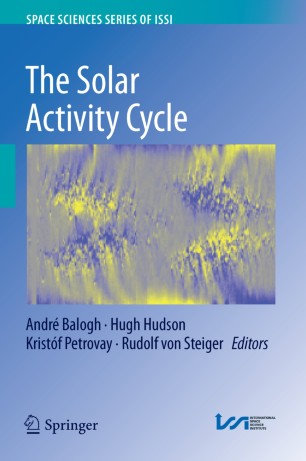 A collection of papers edited by four experts in the field, this book sets out to describe the way solar activity is manifested in observations of the solar interior, the photosphere, the chromosphere, the corona and the heliosphere. The 11-year solar activity cycle, more generally known as the sunspot cycle, is a fundamental property of the Sun.  This phenomenon is the generation and evolution of magnetic fields in the Sun’s convection zone, the photosphere.  It is only by the careful enumeration and description of the phenomena and their variations that one can clarify their interdependences.   The sunspot cycle has been tracked back about four centuries, and it has been recognized that to make this data set a really useful tool in understanding how the activity cycle works and how it can be predicted, a very careful and detailed effort is needed to generate sunspot numbers.  This book deals with this topic, together with several others that present related phenomena that all indicate the physical processes that take place in the Sun and its exterior environment.  The reviews in the book also present the latest theoretical and modelling studies that attempt to explain the activity cycle.  It remains true, as has been shown in the unexpected characteristics of the first two solar cycles in the 21st century, that predictability remains a serious challenge.  Nevertheless, the highly expert and detailed reviews in this book, using the very best solar observations from both ground- and space based telescopes, provide the best possible report on what is known and what is yet to be discovered. Originally published in Space Science Reviews, Vol 186, Issues 1-4, 2014.