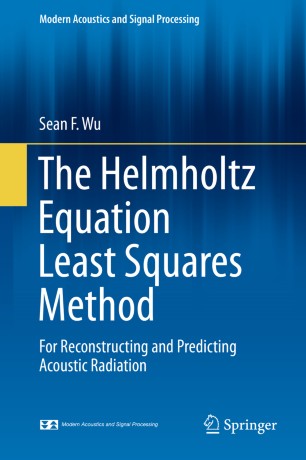 For Reconstructing and Predicting Acoustic Radiation

This book gives a comprehensive introduction to the Helmholtz Equation Least Squares (HELS) method and its use in diagnosing noise and vibration problems. In contrast to the traditional NAH technologies, the HELS method does not seek an exact solution to the acoustic field produced by an arbitrarily shaped structure. Rather, it attempts to obtain the best approximation of an acoustic field through the expansion of certain basis functions. Therefore, it significantly simplifies the complexities of the reconstruction process, yet still enables one to acquire an understanding of the root causes of different noise and vibration problems that involve arbitrarily shaped surfaces in non-free space using far fewer measurement points than either Fourier acoustics or BEM based NAH. The examples given in this book illustrate that the HELS method may potentially become a practical and versatile tool for engineers to tackle a variety of complex noise and vibration issues in engineering applications.