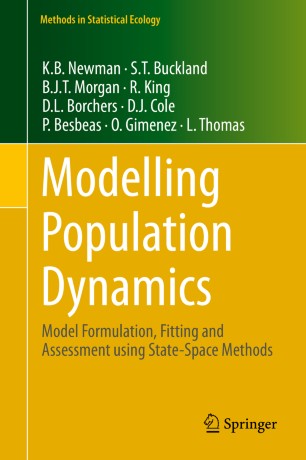 Part of the Methods in Statistical Ecology book series (MISE)

This book gives a unifying framework for estimating the abundance of open populations: populations subject to births, deaths and movement, given imperfect measurements or samples of the populations.  The focus is primarily on populations of vertebrates for which dynamics are typically modelled within the framework of an annual cycle, and for which stochastic variability in the demographic processes is usually modest. Discrete-time models are developed in which animals can be assigned to discrete states such as age class, gender, maturity,  population (within a metapopulation), or species (for multi-species models).