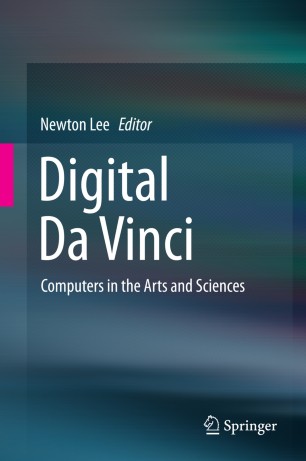 Computers in the Arts and Sciences

“Science is art,” said Regina Dugan, senior executive at Google and former director of DARPA. “It is the process of creating something that never exists before. ... It makes us ask new questions about ourselves, others; about ethics, the future.” This second volume of the Digital Da Vinci book series leads the discussions on the world’s first computer art in the 1950s and the actualization of Star Trek’s holodeck in the future with the help of artificial intelligence and cyborgs. In this book, Gavin Sade describes experimental creative practices that bring together arts, science and technology in imaginative ways; Mine Özkar expounds visual computation for good designs based on repetition and variation; Raffaella Folgieri, Claudio Lucchiari, Marco Granato and Daniele Grechi introduce BrainArt, a brain-computer interface that allows users to create drawings using their own cerebral rhythms; Nathan Cohen explores artificially created spaces that enhance spatial awareness and challenge our perception of what we encounter; Keith Armstrong discusses embodied experiences that affect the mind and body of participating audiences; Diomidis Spinellis uses Etoys and Squeak in a scientific experiment to teach the concept of physical computing; Benjamin Cowley explains the massively multiplayer online game “Green My Place” aimed at achieving behavior transformation in energy awareness; Robert Niewiadomski and Dennis Anderson portray 3-D manufacturing as the beginning of common creativity revolution; Stephen Barrass takes 3-D printing to another dimension by fabricating an object from a sound recording; Mari Velonaki examines the element of surprise and touch sensing in human-robot interaction; and Roman Danylak surveys the media machines in light of Marshall McLuhan’s dictum “the medium is the message.” Digital Da Vinci: Computers in the Arts and Sciences is dedicated to polymathic education and interdisciplinary studies in the digital age empowered by computer science. Educators and researchers ought to encourage the new generation of scholars to become as well rounded as a Renaissance man or woman.