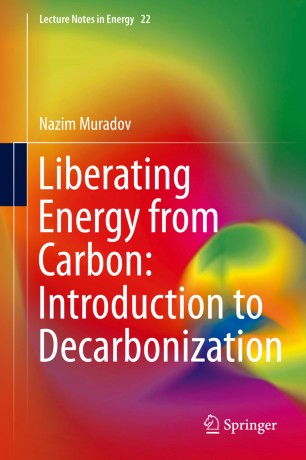 Liberating Energy from Carbon analyzes energy options in a carbon-constrained world. Major strategies and pathways to decarbonizing the carbon-intensive economy are laid out with a special emphasis on the prospects of achieving low-risk atmospheric CO2 levels. The opportunities and challenges in developing and bringing to market novel low- and zero-carbon technologies are highlighted from technical, economic and environmental viewpoints. This book takes a unique approach by treating carbon in a holistic manner—tracking its complete transformation chain from fossil fuel sources to the unique properties of the CO2 molecule, to carbon capture and storage, and, finally, to CO2 industrial utilization and its conversion to value-added products and fuels. This concise but comprehensive sourcebook guides readers through recent scientific and technological developments as well as commercial projects that aim for the decarbonization of the fossil fuel-based economy and CO2 utilization that will play an increasingly important role in the near- and mid-term future. This book is intended for researchers, engineers, and students working and studying in practically all areas of energy technology and alternative energy sources and fuels.

Dr. Muradov is a member of the Board of Directors of the International Association for Hydrogen Energy (IAHE), and a member of the Board of Trustees and the Scientific Council of the Madrid Institute for Advanced Studies, IMDEA Energia (Spain). He is an Associate Editor of the International Journal of Hydrogen Energy since 2006.

Dr. Muradov has authored and co-authored one book, several book-chapters, close to 100 peer-reviewed papers and encyclopedia articles and 49 patents. Dr. Muradov is a recipient of the UCF (Institutes & Centers) Distinguished Researcher of the Year Award (1996), UCF Research Incentive Award (2003) and UCF Colleges, Institutes & Centers Excellence in Research Award (2012). In 2010, he was granted the honorary title of the IAHE Fellow.