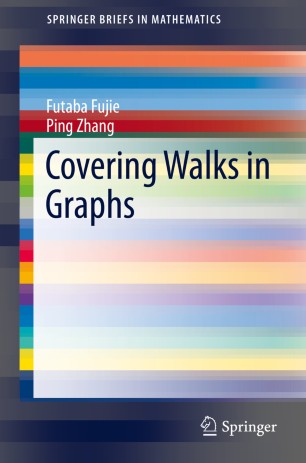 Covering Walks  in Graphs is aimed at researchers and graduate students in the graph theory community and provides a comprehensive treatment on measures of two well studied graphical properties, namely Hamiltonicity and traversability in graphs. This text looks into the famous Kӧnigsberg Bridge Problem, the Chinese Postman Problem, the Icosian Game and the Traveling Salesman Problem as well as well-known mathematicians who were involved in these problems. The concepts of different spanning walks with examples and present classical results on Hamiltonian numbers and upper Hamiltonian numbers of graphs are described; in some cases, the authors provide proofs of these results to illustrate the beauty and complexity of this area of research. Two new concepts of traceable numbers of graphs and traceable numbers of vertices of a graph which were inspired by and closely related to Hamiltonian numbers are introduced. Results are illustrated on these two concepts and the relationship between traceable concepts and Hamiltonian concepts are examined. Describes several variations of traceable numbers, which provide new frame works for several well-known Hamiltonian concepts and produce interesting new results.