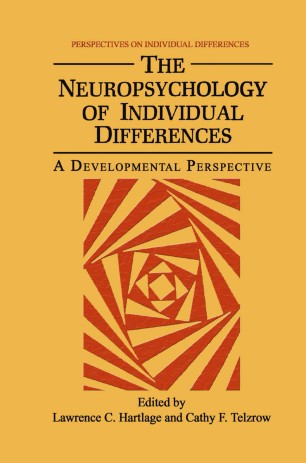 The Neuropsychology of Individual Differences

Part of the Perspectives on Individual Differences book series (PIDF)

The Neuropsychology of Individual Differences: A Developmental Per­ spective was designed to sliIVey the complexities and subtleties of neu­ rologically based differences in human beings. By conceptualizing and presenting subject matter in a developmental sequence, we hoped to emphasize the inseparable union between the science of neuropsychology and the study of human behavior. Following a brief introductory chapter, the volume opens with chap­ ters concerning critical preliminary questions, such as establishing a foundation and rationale for a neuropsychological basis for individual differences and consideration of important methodological issues. It pro­ ceeds with discussions of the role of neuropsychology in the individual's efforts to organize the world via such basic means as perception and temperament. Three chapters follow that discuss individual differences in higher cortical functions: cognitive ability, language, and learning. Neuropsychological differences between the sexes and in the expression of psychopathological and neurological conditions comprise the topics for the next three chapters. The final topical chapter provides a discussion of rehabilitation of neurological disorders in children, and the volume concludes with a synthesis of all contributions.