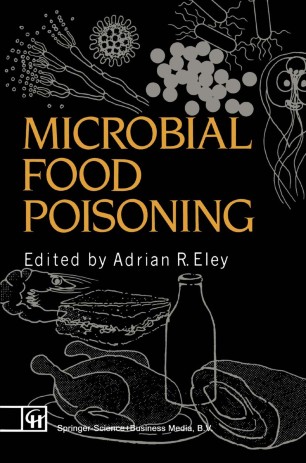 Yet his meat in his bowels is turned, it is the gall of asps within hirn. He hath swallowed down riches, and he shall vomit them up again. Job 20 : 14-15 Over the last few years, food poisoning and food safety have become very topical subjects, eliciting a great deal of public concern both in the UK and elsewhere. During tutorial sessions with medical students in the late 1980s, I found myself being asked to recommend appropriate textbooks on food poisoning. At that time, I had to admit that there were few books available on this topic, and none which I feit was designed to meet their particular needs. This was the initial stimulus which prompted me to produce this book. Microbial Food Poisoning was never intended to be an authoritative work of reference on the topic: it began life as a teaching aid for senior medical students in the UK, which aimed to cover the major aspects of the subject in sufficient detail to be instructive without being confusing. The finished book has a rather more international flavour, using examples from overseas wher­ ever relevant. It is also, perhaps, somewhat more broadly-based, and as such should also prove to be of interest to students of microbiology, food science and food technology, to professionals allied to medicine such as nurses and medicallaboratory scientific officers, and to environmental health officers and catering staff.