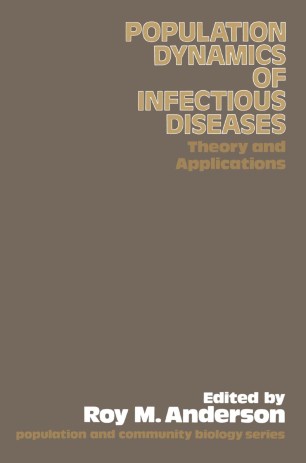 The Population Dynamics of Infectious Diseases: Theory and Applications

Part of the Population and Community Biology book series (PCBS)

Since the beginning of this century there has been a growing interest in the study of the epidemiology and population dynamics of infectious disease agents. Mathematical and statistical methods have played an important role in the development of this field and a large, and sophisticated, literature exists which is concerned with the theory of epidemiological processes in popu­ lations and the dynamics of epidemie and endemie disease phenomena. Much ofthis literature is, however, rather formal and abstract in character, and the field has tended to become rather detached from its empirical base. Relatively little of the literature, for example, deals with the practical issues which are of major concern to public health workers. Encouragingly, in recent years there are signs of an increased awareness amongst theoreticians of the need to confront predictions with observed epidemiological trends, and to pay elose attention to the biological details of the interaction between host and disease agent. This trend has in part been stimulated by the early work of Ross and Macdonald, on the transmission dynamics of tropical parasitic infections, but a further impetus has been the recent advances made by ecologists in blending theory and observation in the study of plant and animal populations.