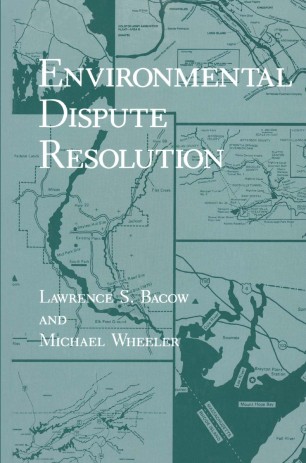 This book has its origins in an M.I.T. research project that was funded by the U.S. Environmental Protection Agency (EPA). Our immediate objective was to prepare a set of case studies that examined bargaining and negotiation as they occurred between government, environmental advocates, and regulatees throughout the traditional regulatory process. The project was part of a larger effort by the EPA to make environmental regulation more efficient and less litigious. The principal investigator for the research effort was Lawrence Sus­ skind of the Department of Urban Studies and Planning. Eight case studies were prepared under the joint supervision of Susskind and the authors of this book. Studying the negotiating behavior of parties as we worked our way through an environmental dispute proved enlightening. We observed missed oppor­ tunities for settlement, negotiating tactics that backfired, and strategies that ap­ peared to be grounded more in intuition than in thoughtful analysis. At the same time, however, we were struck by how often the parties ultimately managed to muddle through. People negotiated not out of some idealistic commitment to consensus but because they thought it better served their own interests. When some negotiations reached an impasse, people improvised mediation. These disputants succeeded in spite of legal and institutional barriers, even though few of them had a sophisticated understanding of negotiation.