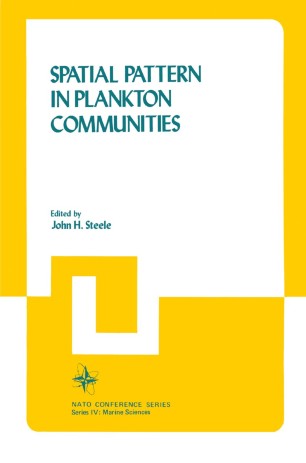 The planning for the conference held at Erice, Sicily, in November 1977, began with discussions among oceanographers from several countries on the need to consider the special problems and the recent results in the study of plankton "patchiness. " An approach to the Marine Sciences Panel of the NATO Science Committee resulted in a planning grant to determine the probable content and participation in such a meeting. The planning group consisted of B. Battaglia (Padua), G. E. B. Kullenberg (Copenhagen), A. Okubo (New York), T. Platt (Halifax, Nova Scotia) and J. H. Steele (Aberdeen). The group met in Aberdeen, Scotland, in September 1976. The proposal for a NATO School on the subject of "Spatial Pattern in Plankton Communities" was accepted by the Marine Science Panel and it was agreed that it be held at the Ettore Majorana Centre for Scientific Culture in Erice. The Centre began in 1963 with an International School of Subnuclear Physics and has since developed to include courses in many other subjects which cover various fields of basic and applied research. The original aim of the . Centre was to create, in Italy, a cultural forum of high scientific standard which would allow young research workers to appreciate problems currently of major interest in various fields of research.