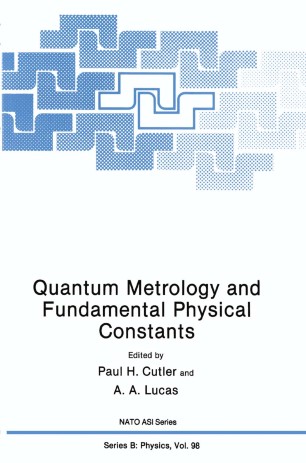 The object of this NATO Advanced Study Institute was to pre­ sent a tutorial 'introduction both to the basic physics of recent spectacular advances achieved in the field of metrology and to the determination of fundamental physical constants. When humans began to qualify their description of natural phenomena, metrology, the science of measurement, developed along­ side geometry and mathematics. However, flam antiquity to modern times, the role of metrology was mostly restricted to the need of commercial, social or scientific transactions of local or at most national scope. Beginning with the Renaissance, and particularly in western Europe during the last century, metrology rapidly developed an international character as a result of growing needs for more accurate measurements and common standards in the emerging indus­ trial society. Although the concerns of metrology are deeply rooted to fundamental sciences, it was, until recently, perceived by much of the scientific community as mostly custodial in character.