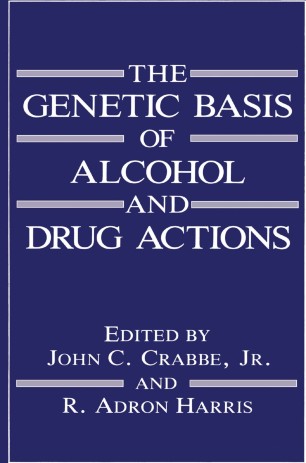 The Genetic Basis of Alcohol and Drug Actions

HISTORICAL BACKGROUND The use of genetic animal models in neuroscience and biomedical research is showing dramatic growth. The earliest application of these models to research on drug mechanisms was in the area of alcohol research. Mardones (1951) reported successful selective breeding of rats preferring and not preferring to drink alcohol under various conditions of dietary deficiency, suggesting genetic control of alcohol drinking. McClearn and Rodgers (1959, 1961) described differences among inbred mouse strains in preference for 10Ofo ethanol solutions versus tap water. Active exploration of this phenomenon continued until the early 1970s, eventually spawning the entire range of alcohol genetic research reviewed in Chapters 2 and 3 of this volume. Notably, oral alcohol self-administration has served as the basis for the development of several rat lines bred for preference or aversion, and these lines are very actively being investigated. The pioneering research of Dr. McClearn and others was very wide­ ranging in its conceptual scope and at least touched on all issues currently under intense investigation. The basic approach was to identify high and low preferrers among inbred strains of mice and to search for preference correlates in other traits. One major thrust of early research was to attempt to explain strain differences in preference as a function of underlying differences in patterns of caloric utilization. Reviews of these studies concluded that nutritional factors could not completely explain preference differences (Rod­ gers, 1966; McClearn, 1968).