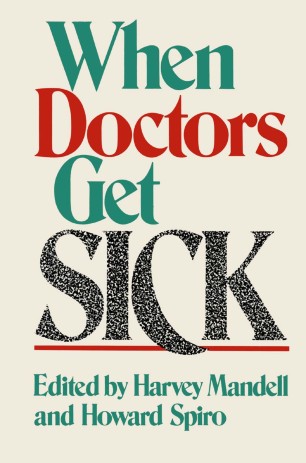 When Doctors Get Sick

When a doctor gets sick, his status changes. No longer is his role de­ fined as deriving from doctus, i. e. , learned, but as from patiens, the present participle of the deponent verb, patior, i. e. , to suffer, with all the passive acceptance of pain the verb implies. From pass us, the past participle, we get the word passion, with its wide gamut of emotional allusions, ranging from animal lust to the sufferings of martyrs. It is the connotation, not the denotation, of the word that defines the change of status. When a doctor is sick enough to be admitted to a hospital, he can no longer write orders; orders are written about him, removing him from control of his own situation. One recalls a sonnet from W. H. Auden's sequence, The Quest, which closes with the lines: Unluckily they were their situation: One should not give a poisoner medicine, A conjuror fine apparatus, Nor a rifle to a melancholic bore. That is a reasonable expression of twentieth-century skepticism and ra­ tionalism. Almost all medical literature is written from the doctor's point of view. Only a few medically trained writers-one thinks of Chekhov's Ward Six-manage to incorporate the patient's response to his situa­ tion. Patients' voices were not much in evidence until well into the twentieth century, but an early example is John Donne's Devotions upon Emergent Occasions (1624).