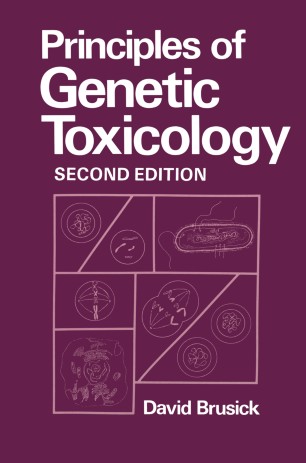 The field of genetic toxicology has gone through remarkable development in the seven years since the appearance of the first edition of Principles of Genetic Toxicology. One branch of toxicology research, chemical mutagenesis, has been elucidated and expanded as a result of increased effort, testing, and the sharing of data. This expansion has occurred not only in the industrialized countries, but also in countries that are comparatively less advanced in scientific implementation. These developing countries have taken advan­ tage of the basic practical methods that were so well described in the first edition of this work. It is significant to note how many centers have been established throughout the world and are now studying the basic concepts and applying them to practical problems such as the detection of genetic effects caused by exposure to chemicals. In fact, there are now toxicology training centers in twelve countries. Genetic toxicology, in addition to being investigated as a science unto itself, has been taught to people in the applied fields so that these techniques may be put to use in solving other biological problems. For these reasons, it is most useful to have an update of the basic methods and their development. Dr. Brusick should be congratulated for doing such an excellent job of assembling a text that will be worthwhile to any researcher who is interested in the principles of genetic toxicology. Alexander Hollaender Council for Research Planning in Biological Sciences, Inc. Washington, D. C.