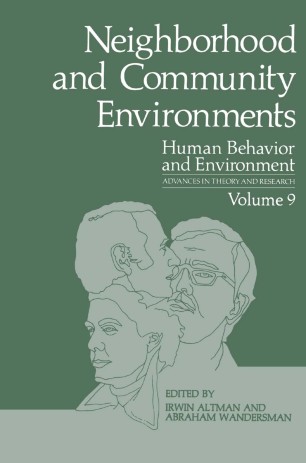 This ninth volume in the series deals with a fascinating and complex topic in the environment and behavior field. Neighborhoods and com­ munities are in various stages of formation and transition in almost every society, nation, and culture. A variety of political, economic, and social factors have resulted in the formation of new communities and the transformation of older communities. Thus we see nomadic people set­ tling into stable communities, new towns sprouting up around the world, continuing suburban sprawl, simultaneous deterioration, re­ newal and gentrification of urban areas, demographic changes in com­ munities, and so on. As in previous volumes, the range of content, theory, and methods represented in the various chapters is intended to be broadly based, with perspectives rooted in several disciplines-anthropology, history, psychology, sociology, urban studies. Although many other disciplines also play an important role in the study and understanding of neigh­ borhoods and community environments, we hope that the contributions to this volume will at least present readers with a broad sampling-if not a comprehensive treatment-of the topic.