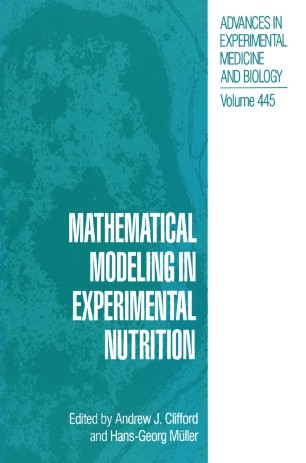 Part of the Advances in Experimental Medicine and Biology book series (AEMB, volume 445)

Nutrients have been recognized as essential for maximum growth, successful reproduction, and infection prevention since the 1940s; since that time, the lion's share of nutrient research has focused on defining their role in these processes. Around 1990, however, a major shift began in the way that researchers viewed some nutrients­ particularly the vitamins. This shift was motivated by the discovery that modest declines in vitamin nutritional status are associated with an increased risk of ill-health and disease (such as neural tube defects, heart disease, and cancer), especially in those populations or individuals who are genetically predisposed. In an effort to expand upon this new understanding of nutrient action, nutritionists are increasingly turning their focus to the mathematical modeling of nutrient kinetic data. The availability of suitably-tagged (isotope) nutrients (such as B-carotene, vitamin A, folate, among others), sensitive analytical methods to trace them in humans (mass spectrometry and accelerator mass spectrometry), and powerful software (capable of solving and manipulating differential equations efficiently and accurately), has allowed researchers to construct mathematical models aimed at characterizing the dynamic and kinetic behavior of key nutrients in vivo in humans at an unparalleled level of detail.

`... this book will be very useful as a reference in department libraries or as a text in advanced nutrition and dietetics undergraduate and graduate courses.'
Journal of the American Dietetic Association, 100:3 (2000)