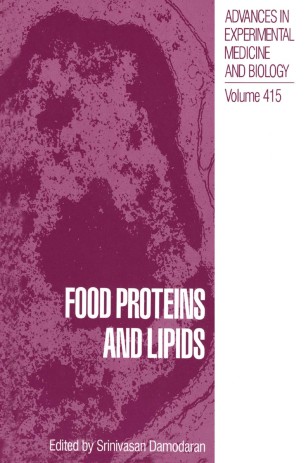 Part of the Advances in Experimental Medicine and Biology book series (AEMB, volume 415)

John E. Kinsella, Dean ofthe College of Agricultural and Environmental Sciences at the University of California-Davis, passed away on May 2, 1993, at the age of 55. In August 1995, fonner students and post-doctoral fellows of Dr. Kinsella met at the American Chemical Society National Meeting in Chicago to convene a Symposium on Food Proteins and Lipids to honor Dr. Kinsella's enonnous contribution to the field of food science and nutrition. This book is a collection of papers presented at that symposium. A native of Ireland, Dr. Kinsella received his bachelor's degree in agricultural sciences in 1961 from the University of Dublin. He received his master's degree in biology in 1965 and a doctorate in food chemistry in 1967 from Pennsylvania State University. He joined the Food Science faculty at Cornell University in 1967. While at Cornell, he served as Chair of the Department of Food Science from 1977-1985 and Director of the Institute of Food Science from 1980-1987. He was designated Liberty Hyde Bailey Professor of Food Biochemistry in 1981, a Fulbright Fellow in 1983, and was selected as the General Foods Distinguished Professor of Food Science in 1984. He was named a Leading Professor in the State University of New York, the highest professorial honor in the SUNY system. In 1990 he joined the University of California at Davis as Dean of the College of Agricultural and Environmental Sciences. Dr.