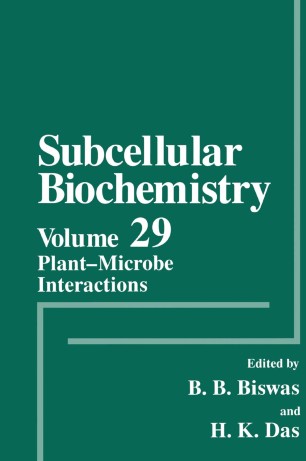 Recent years have seen tremendous progress in unraveling the molecular basis of different plant-microbe interactions. Knowledge has accumulated on the mecha­ nisms of the microbial infection of plants, which can lead to either disease or resistance. The mechanisms developed by plants to interact with microbes, whether viruses, bacteria, or fungi, involve events that can lead to symbiotic association or to disease or tumor formation. Cell death caused by pathogen infection has been of great interest for many years because of its association with plant resistance. There appear to be two types of plant cell death associated with pathogen infection, a rapid hypersensitive cell death localized at the site of infection during an incompatible interaction between a resistant plant and an avirulent pathogen, and a slow, normosensitive plant cell death that spreads beyond the site of infection during some compatible interactions involving a susceptible plant and a virulent, necrogenic pathogen. Plants possess a number of defense mechanisms against infection, such as (i) production of phytoalexin, (ii) formation of hydrolases, (iii) accumulation of hydroxyproline-rich glycoprotein and lignin deposition, (iv) production of pathogen-related proteins, (v) produc­ tion of oligosaccharides, jasmonic acid, and various other phenolic substances, and (vi) production of toxin-metabolizing enzymes. Based on these observations, insertion of a single suitable gene in a particular plant has yielded promising results in imparting resistance against specific infection or disease. It appears that a signal received after microbe infection triggers different signal transduction pathways.