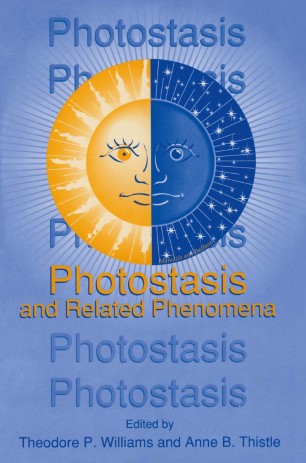 Over the weekend of 21-23 February 1997, a small group gathered in Tallahassee, Florida, at the invitation of Ted Williams, to discuss "photo stasis and related topics." The majority of participants were former students and colleagues of Ted's, but an occasional outsider such as myself was generously included. The papers presented there are collected in this volume. The theory of photo stasis was first outlined in a landmark paper by John Penn and Ted, published in 1986 in Experimental Eye Research. They provided compelling data showing that, in the albino rat eye, levels of rhodopsin, outer-segment length, rhodopsin regeneration rate, and even, perhaps, rhodopsin packing density all depend on the levels of cyclic illumination (12 hours light, 12 hours dark) in which the animal was reared. So, for example, there is fourfold less rhodopsin in a retinal extract derived from an animal reared at 400 lux than in an extract from the retina of an animal reared at 3 lux. Animals reared at intermediate levels of light show intermediate amounts of rhodopsin that are correlated with illumination level. What these data immediately suggested is that the photoreceptor cell can adjust its photon-catching ability in response to the levels of light in which an animal is reared, and they also provided a compelling rationale for outer-segment turnover, a phenomenon discovered 20 years earlier by Richard Young but whose function has remained obscure.

`....The volume can be highly recommended to those who wish an updated review of the theory of photostasis.'
Acta Opthalmologica Scandinavica, 77:2 (1999)