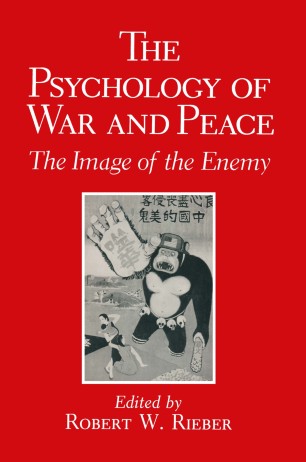 The Psychology of War and Peace

The Image of the Enemy

Can a Baby Be an Enemy? Our world is in a deep, prolonged crisis. The threat of global nuclear war, the chronic condition of local wars, the imperilled environment, and mass star­ vation are among the major forms this crisis takes. The dangers of massive overkill, overexploitation of the environment, and overpopulation are well known, but surprisingly little has been said about their potential interac­ tions, their bearing upon each other. If there were to be a nuclear confronta­ tion between today's superpowers, it might not take place in today's world, but in a far less friendly habitat, such as the world may be some decades hence. And it need hardly be added that the era of this particular super­ power configuration may be waning rapidly, its place to be taken by other international arrangements not necessarily less threatening. To understand and cope with our situation we need correspondingly serious reflection. This volume forms a welcome part of that process. Un­ avoidably, a large part of our thinking about the issues of human survival must be oriented to physical and biological aspects of the total danger. But it has not escaped the authors of this book that, coupled with these aspects, there are profound psychological dangers, such as loss of the sense of futu­ rity, moral deterioration, and a fatalistic decline in the will to struggle to protect our home, the Earth.