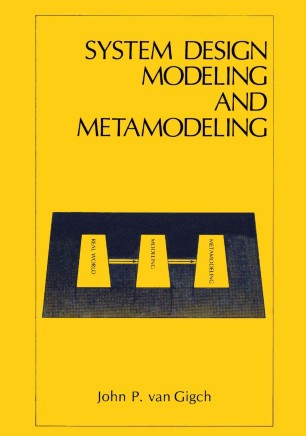 This book is a venture in the worlds of modeling and of metamodeling. At this point, I will not reveal to readers what constitutes metamodeling. Suf­ fice it to say that the pitfalls and shortcomings of modeling can be cured only if we resort to a higher level of inquiry called metainquiry and metadesign. We reach this level by the process of abstraction. The book contains five chapters from my previous work, Applied General Systems Theory (Harper and Row, London and New York, First Edition 1974, Second Edition 1978). More than ten years after its publication, this material still appears relevant to the main thrust of system design. This book is dedicated to all those who are involved in changing the world for the better. In a way we all are involved in system design: from the city manager who struggles with the problems of mass transportation or the consolidation of a city and its suburbs to the social worker who tries to provide benefits to the urban poor. It includes the engineer who designs the shuttle rockets. It involves the politician engaged in drafting a bill to recycle containers, or one to prevent pesticide contamination of our food. The politician might even need system design to chart his or her own re-election campaign.