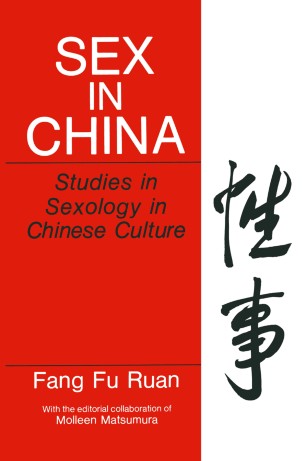 Studies in Sexology in Chinese Culture

China today is sexually (and in many other ways) a very repressive so­ ciety, yet ancient China was very different. Some of the earliest surviving literature of China is devoted to discussions of sexual topics, and the sexual implications of the Ym and Yang theories common in ancient China continue to influence Tantric and esoteric sexual practices today far dis­ tant from their Chinese origins. In recent years, a number of books have been written exploring the history of sexual practices and ideas in China, but most have ended the discussion with ancient China and have not continued up to the present time. Fang Fu Ruan first surveys the ancient assumptions and beliefs, then carries the story to present-day China with brief descriptions of homosexuality, lesbianism, transvestism, transsexualism, and prostitution, and ends with a chapter on changing attitudes toward sex in China today. Dr. Ruan is well qualified to give such an overview. Until he left China in the 1980s, he was a leader in attempting to change the repressive attitudes of the government toward human sexuality. He wrote a best­ selling book on sex in China, and had written to and corresponded with a number of people in China who considered him as confidant and ad­ visor about their sex problems. A physician and medical historian, Dr. Ruan's doctoral dissertation was a study of the history of sex in China.

`This is a handsome book with a very good index ... The collation and editing are excellent ...'
Transcultural Psychiatry, 36:2 (1999)