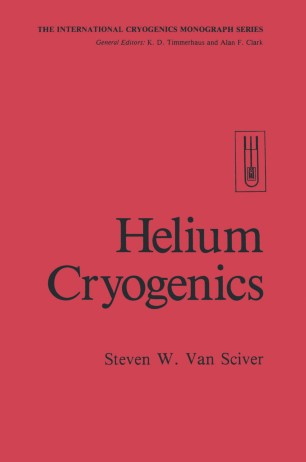 At least 10 years have elapsed since a comprehensive monograph concer­ ned with the broad subject of cryogenics has been published. During this time a considerable quantity of research and development has been carried out in the field of cryogenics. Furthermore, there has been a certain degree of redirection of effort within the field, mostly driven by the variety of new applications, ranging from superconductive magnet systems to micro­ electronics. Greater emphasis is now being placed on low-temperature cryogenics, particularly that of liquid helium. Until now cryogenic books have provided a broad survey of materials and fluid properties over the entire cryogenic regime, T ::5 150 K. This approach does not allow sufficient detail in any particular area to bring the reader to the current level of understanding in the subject. In addition, the behavior of helium has been lumped with that of other cryogenic fluids, although the properties of helium are quite unique. As a result, a clear relationship has not been established between the fundamental understanding of helium fluids and their potential applications. The present book has been written to fill this void. The approach is to survey the field of cryogenics, specifically as it pertains to helium fluids. This approach is more specialized than that contained in previous cryogenics books. Furthermore, the level of treatment is more advanced and a certain knowledge of fundamental engineering and physics principles has been assumed.