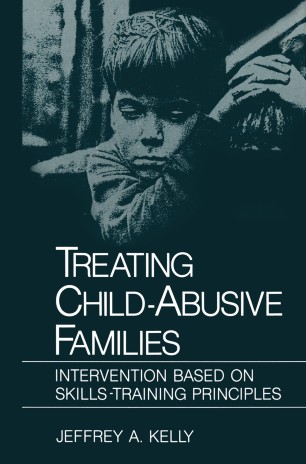 Intervention Based on Skills-Training Principles

During the past ten years, the problem of child abuse has been the subject of increased attention both in the professional community and among the general public. The reasons for this widespread recogni­ tion are clear. First, professionals of many disciplines deal with child­ abusive families and do so in a variety of ways: Physicians, hospital staff, and teachers are often the first to assess a child as the victim of abuse; social workers and child-protective personnel investigate cases of suspected abuse; court and legal authorities make determinations concerning the needs of an abused child; and mental health profes­ sionals, including psychologists, social workers, and family coun­ selors, often have responsibility for treating abusive families. Few clinical problems have received this kind of widespread interdisci­ plinary recognition and, given the nature and seriousness of child­ abusive behavior, few problems receive such intensive attention within each profession's literature. A second factor responsible for increased study of child abuse is the fact that violence directed toward children is probably the most extreme form of family dysfunction seen by counselors, therapists, and other practitioners. While other types of child-management and anger-control problems occur far more frequently, the consequences of child-abusive behavior are much more serious than the conse­ quences of other problems seen in child or family clinics. It has been v vi PREFACE estimated that as many as 550,000 children are the targets of parental abuse in the country each year (Helfer & Kemper, 1976).