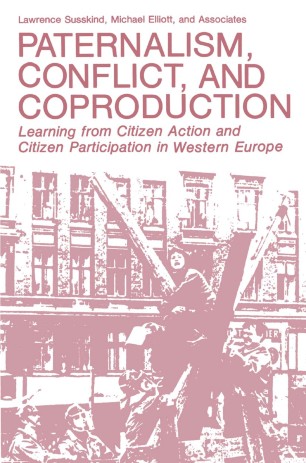 Learning from Citizen Action and Citizen Participation in Western Europe

A research team from the United States has completed an examination of citizen participation experiments in seven European countries. The team included Donald Appleyard, Marc Draisen, David Godschalk, Chester Hartman, Janice Perlman, Hans Spiegel, John Zeisel, and ourselves. This book is a product of our joint efforts. Our studies are aimed at summarizing and sharing what can be learned from recent European efforts to enhance the effectiveness of local government through increased public involvement in the organization and management of public services and urban redevelopment. Almost a year was spent assembling the team, developing a shared framework for analysis and identifying appropriate case­ study cities. European and American public officials and citizen activists helped us assess the potential impact of such a study on current practice. A second year was spent visiting the European cities and preparing the case-study drafts. Finally, team members gathered in Washington, D. C. , with fifty American and European public officials, citizen activists, and scholars. A two-day symposium provided an exciting opportunity to present preliminary research findings and encourage an exchange of ideas between researchers, activists, and policymakers. The final versions of the case studies that appear in this book, along with several commentaries by symposium participants, are written especially for city officials and citizen activists. We have tried to translate the results of our scholarly inquiry into pragmatic suggestions for officials and activists.