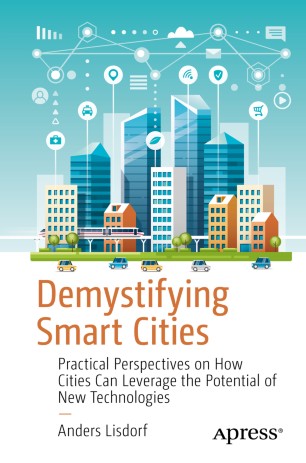 The concept of Smart Cities is accurately regarded as a potentially transformative power all over the world. Bustling metropolises infused with the right combination of the Internet of Things, artificial intelligence, big data, and blockchain promise to improve both our daily lives and larger structural operations at a city government level. The practical realities pose challenges that a significant sector of the tech industry now revolves around solving.Cut through the hype with Demystifying Smart Cities. In this book, the real-world implementations of successful Smart City technology in places like New York, Amsterdam, Copenhagen, and more are analyzed, and insights are gained from recorded attempts in similar urban centers that have not reached their full Smart City potential. From the logistical complications of securing thousands of devices to collect millions of pieces of data daily, to the complicated governmental processes that are required to install Smart City tech, Demystifying Smart Cities covers every aspect of this revolutionary modern technology.
This book is the essential guide for anybody who touches a step of the Smart City process—from salespeople representing product vendors to city government officials to data scientists—and provides a more well-rounded understanding of the full positive and negative impacts of Smart City technology deployment. Demystifying Smart Cities evaluates how our cities can behave in a more intelligent way, and how producing novel solutions can pose equally novel challenges. The future of the metropolis is here, and the expert knowledge in the book is your greatest asset.

Anders Lisdorf has worked with innovative technologies for more than a decade in many different settings and industries. The last couple of years he has been responsible for developing the data services of New York City, but previously he has worked as an entrepreneur, taught at the university level and worked as a consultant.