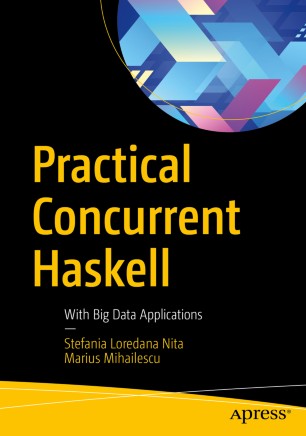 Learn to use the APIs and frameworks for parallel and concurrent applications in Haskell. This book will show you how to exploit multicore processors with the help of parallelism in order to increase the performance of your applications.
Practical Concurrent Haskell teaches you how concurrency enables you to write programs using threads for multiple interactions. After accomplishing this, you will be ready to make your move into application development and portability with applications in cloud computing and big data.  You'll use MapReduce and other, similar big data tools as part of your Haskell big data applications development.
What You'll Learn
Who This Book Is For
Those with at least some prior experience with Haskell and some prior experience with big data in another programming language such as Java, C#, Python, or C++.