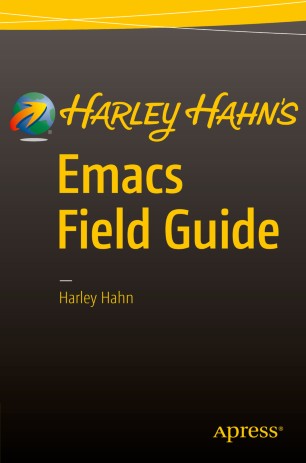 In this book, Harley Hahn demystifies Emacs for programmers, students, and everyday users. The first part of the book carefully creates a context for your work with Emacs. What exactly is Emacs? How does it relate to your personal need to work quickly and to solve problems? Hahn then explains the technical details you need to understand to work with your operating system, the various interfaces, and your file system.

In the second part of the book, Hahn provides an authoritative guide to the fundamentals of thinking and creating within the Emacs environment. You start by learning how to install and use Emacs with Linux, BSD-based Unix, Mac OS X, or Microsoft Windows.

Written with Hahn's clear, comfortable, and engaging style, Harley Hahn's Emacs Field Guide will surprise you: an engaging book to enjoy now, a comprehensive reference to treasure for years to come.

Who This Book Is For

Programmers, students, and everyday users, who want an engaging and authoritative introduction to the complex and powerful Emacs working environment.