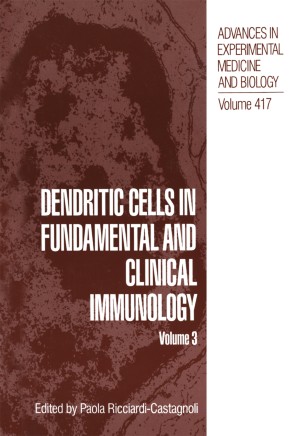 Part of the Advances in Experimental Medicine and Biology book series (AEMB, volume 417)

These proceedings contain selected contributions from the participants to the Fourth International Symposium on Dendritic cells that was held in Venice (Lido) Italy, from Oc­ tober 5 to 10, 1996. The symposium was attended by more than 500 scientists coming from 24 different countries. Studies on dendritic cells (DC) have been greatly hampered by the difficulties in preparing sufficient cell numbers and in a reasonable pure form. At this meeting it has been shown that large quantities of DC can be generated from precursors in both mice and humans, and this possibility has enormously encouraged studies aimed to characterize DC physiology and DC-specific genes, and to employ DC therapeutically as adjuvants for im­ munization. The possibility of generating large numbers of autologous DC that can be used in the manipulation of the immune response against cancer and infectious diseases has tremendously boosted dendritic cell research and the role of DC in a number of medi­ cal areas has been heatedly discussed.