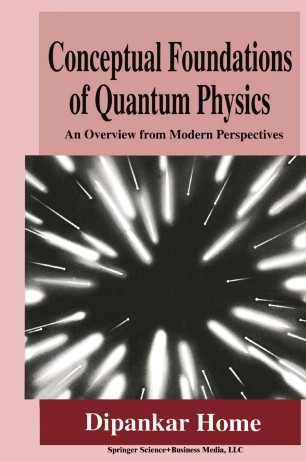 An Overview from Modern Perspectives

It may tum out that, like certain other phenomena studied by sociologists, bouts of interest in the foundations of quantum mechanics tend to come in 60-year cycles. It is hardly surprising that in the first decade or so of the subject the conceptual puzzles generated by this strange new way of looking at the world should have generated profound interest, not just among professional physicists themselves but also among philosophers and informed laymen; but this intense interest was followed by a fallow period in the forties and fifties when the physics establishment by and large took the view that the only puzzles left were the product either of incompetent application of the formalism or of bad philosophy, and only a few brave individualists like the late David Bohm dared to suggest that maybe there really was something there after all to worry about. As Bell and Nauenberg, surveying the scene in 1966, put it: "The typical physicist feels that [these questions 1 have long ago been answered, and that he will fully understand how if ever he can spare twenty minutes to think about it. " But gradually, through the sixties and seventies, curiosity did revive, and the last ten years or so have seen a level of interest in foundational questions, and an involvement in them by some of the leading figures of contemporary physics, which is probably unparalleled since the earliest days.