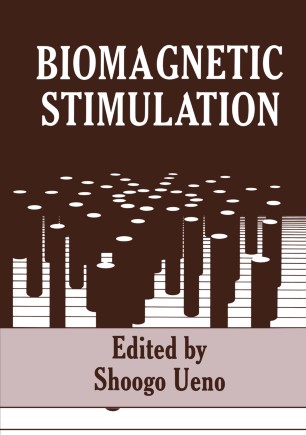 The International Symposium on Biomagnetic Stimulation was held on July 15, 1991 at the International Hall of the Hakozaki campus of Kyushu University in Fukuoka, Japan. It was a satellite symposium to the World Congress on Medical Physics and Biomedical Engi­ neering in Kyoto, which was held July 7-11, 1991. Successful magnetic stimulation of the human brain was first reported by Dr. Anthony Barker and his group at the University of Sheffield in the United Kingdom, in May, 1985. Of course, magnetic nerve stimulation had been studied and reported before then, but Dr. of successful stimulation of the brain made a strong impact on the scientific Barker's reports community. Since then, magnetic nerve stimulation has been widely and rapidly investigated by many groups throughout the world. This symposium focused mostly on magnetic brain stimulation. Magnetic resonance imaging has become an indispensable technique for clinical diagno­ sis and medical science. The most advanced MRI techniques, such as echo planar imaging, have the potential hazard of stimulating nerve tissues due to the rapid change of gradient mag­ netic fields. Potential risks of MRI, including problems with gradient magnetic fields, were discussed at the symposium. Magnetic stimulation of the heart was also discussed.