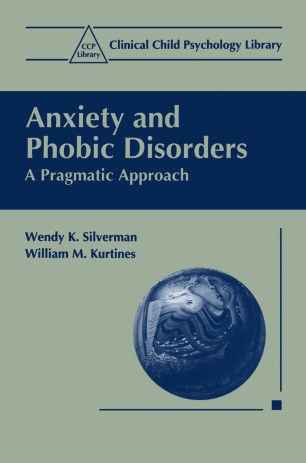 For many years, anxiety and phobie disorders ofchildhoodand adolescence were ignored by clinicians and researchers alike. They were viewed as largely benign, as problems that were relatively mild, age-specific, and transitory. With time, it was thought, they would simply disappear or "go away"-that the child or adolescent would magically "outgrow" them with development and that they would not adversely affect the growing child or adolescent. As a result ofsuch thinking, it was concluded that these "internalizing" problems were not worthy or deserving of our concerted and careful attention-that other problems of childhood and adolescence and, in particular, "externalizing" problems such as conduct disturbance, oppositional defiance, and attention-deficit problems de­ manded our professional energies and resources. These assumptions and asser­ tions have been challenged vigorously in recent years. Scholarly books (King, Hamilton, & Ollendick, 1988; Morris & Kratochwill, 1983) have documented the considerable distress and misery associated with these disorders, while reviews ofthe literature have demonstrated that these disorders are anything but transitory; for a significant number of youth these problems persist into late adolescence and adulthood (Ollendick & King, 1994). Clearly, such findings signal the need for treatment programs that "work"--programs that are effective in the short term and efficacious over the long haul, producing effects that are durable and generalizable, as weil as effects that enhance the life functioning of children and adolescents and the families that evince such problems.